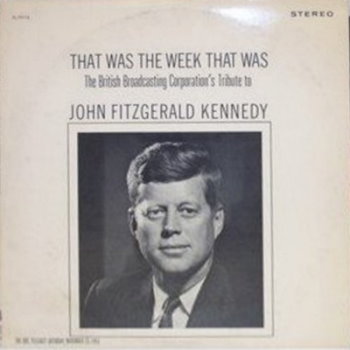 In the days that followed, several artists recorded “In The Summer of His Years”. Mihalia Jackson recorded her version on November 29th and Connie Francis

followed on December 2nd. By the time Billboard went to press for its December 14, 1963, issue, seven artists had recorded the song. The records by Millicent Martin and Connie Francis were the only versions to make the Billboard charts, although neither of them made the Top 40. Many radio stations refused to air the records because they thought it was distasteful to profit from such a tragedy. Billboard quoted a number of radio station program directors who expressed these sentiments.

‘Blatant,’ Says Paulsen – In New York, Varner Paulsen, program directory of WNEW, said: “The records are a blatant attempt to commercialize on a national tragedy. The song as sung in the BBC-TV show of ‘[That] Was the Week That Was’ was a heart-rending and sincere performance. Taken out of the context of the show it becomes something completely different.”

Billboard ran an editorial in the same issue criticizing radio stations for “crippling censorship.” While lauding radio stations’ concern about commercializing a national tragedy, the Billboard editorial argued that the records were tasteful and should be aired.

The song—and the recordings of the song—are considered models of good taste by most who have heard them. A distasteful impression may be created if the songs are not properly programmed—that is, if they are surrounded by blatant commercials. The obligation to see that this does not happen falls upon the broadcaster—not upon the record company, songwriter or publisher.

Connie Francis did not intend to cash in on the assassination, though, as she donated all proceeds from the sale of the single (and the album of the same name that followed) to the family of officer J.D. Tippit, who had been killed in the street when he confronted Lee Harvey Oswald following the assassination. Though charity records had been produced in the 1950s, this is one of the earliest examples of an artist donating the proceeds from sales of a record to a worthy cause.