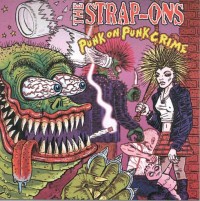 The documentary Dark Legacy (2009) by John Hankey puts forth a conspiracy theory about the JFK assassination that implicates George H.W. Bush. The basic argument is that George H.W. Bush was at the center of the conspiracy to kill JFK, which was carried out by anti-Castro paramilitaries with CIA connections. George H.W. Bush denied being involved with the CIA (until he was made Director of Central Intelligence in 1976), but Dark Legacy

shows a memo written by FBI Director J. Edgar Hoover dated November 29, 1963, one week after the JFK assassination, where he refers to a “misguided anti-Castro group” and states that, “information was furnished to Mr. George Bush of the Central Intelligence Agency.” The documentary establishes the connections between George H.W. Bush to other key figures in the conspiracy, and further connects these people to the wealthy American Nazi sympathizers during World War II. Dark Legacy tells a troubling story and even if you have a healthy dose of skepticism, this movie will make you question the forces that govern this country.

Dark Legacy is an update to an earlier film called JFK II: The Bush Connection, which was released in 2003. Punk band The Strap-Ons saw the earlier movie presumably because shortly after that they recorded “Bush Killed Kennedy

“, which was included on their 2004 album Punk On Punk Crime

. In the opening lines of the song the Strap-Ons assert that “Bush killed the Kennedys/I know it”. The song deplores the power of the ruling class and expresses discontent about the injustice and inequality that result from their actions.

Bush Killed Kennedy
by The Strap-Ons

Bush killed the Kennedys
I know it
A land of sheep with enemies
Don’t blow it
Tacos cheap for the little guy
Oil shores, your slice of pie
Policies feed poverty
No more trees just property

South there’s a drug war
To get me a little weed
Tim McVeigh in his own way
Just saved me
Lost in love, found in war
The riot hose, the broken shores
Justice out on the stem
Street war, let us in