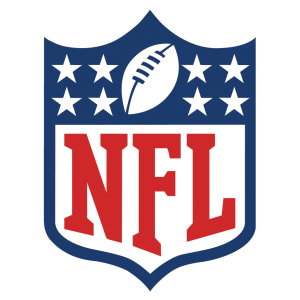 Today being Super Bowl Sunday, I was curious to know if older teams had a long-term advantage in the NFL. I put together a table showing the regular season win-loss records for all NFL teams since the 1970 merger between the NFL and the AFL.  While the teams at the top are pretty much what you expect, I did find a few surprises in the results.
END_OF_DOCUMENT_TOKEN_TO_BE_REPLACED

Requiem for Detroit? is a documentary by Julian Temple produced for the BBC in 2010 that documents the decline of the Motor City. The picture of Detroit this documentary presents is bleak, to put it mildly. A “darkly cautionary tale for the entire industrialized world,” Requiem for Detroit? focuses on the devastating impact that the decline of automobile manufacturing has had on this city. The film devotes a great deal of attention to Detroit’s industrial ruins, which are extensive. Bill Shea, a reporter for Crain’s Detroit Business, criticizes Requiem for Detroit? as an ideologically driven, left-wing critique of consumerism that uses sensational imagery to make Detroit look like “the end of civilization” but ignoring investment in large-scale projects in the city that has occurred in recent years. He dismisses the film as “ruin porn goes hardcore.” Still, given how easy it was for Julien Temple to find scenes of devastation in Detroit, such criticisms sound desperate.

(2000), both about the Sex Pistols. The Great Rock ‘n’ Roll Swindle was told primarily from Malcolm McLaren’s perspective and indulged much of the mythology that had arisen around the band. The Filth and the Fury, by contrast, gave the surviving members of the band the opportunity to tell the story from their perspective. The Filth and the Fury went some way toward dismantling the Sex Pistols’ mythology, but the band members were interviewed in silhouette, allowing the audience to maintain an image of the band as still being teenage upstarts. Requiem for Detroit? can be seen as something of an extension of the sort of documentary filmmaking evident in The Filth and the Fury. Where The Filth and the Fury placed the Sex Pistols’ music in the social and economic context of their times, Requiem for Detroit? uses music extensively to talk about the social conditions brought about by Detroit’s economic decline. One particularly effective technique Julien Temple employs in Requiem for Detroit? is projecting video, including many musical performances, onto Detroit’s ruins, contrasting the vitality of the music that has come out of Detroit with the decayed phsyical environment that remains.

Detroit’s ruins have been well documented. Forgotten Detroit provides pictures of abandoned theaters, office buildings, hotels, and other buildings around the city. You can even take a virtual tour of Detroit’s ruins. A collection of photography by Yves Marchand and Romain Meffre that captures the strange beauty of decaying structures of the industrial era was published in 2011.

Michigan Central Station, as shown on the cover of The Ruins of Detroit by Yves Marchand and Romain Meffre

Equally shocking are the areas of the city that have been abandoned and lost most of their housing. Requiem for Detroit? only briefly cover areas such as those around St. Cyril’s, now the St. Cyrl Parish Urban Prairie and Herman Gardens, which have little urban character left. The wholesale clearance of housing has left these areas utterly empty. Requiem for Detroit? devotes some time at the end of the film to people who are trying to use abandoned parts of the city for agriculture. Though their efforts to reinvent the city are presented as a ray of hope for Detroit, given what Requiem for Detroit?has presented in the preceding hour, it doesn’t leave the viewer with much of a sense of hope, particularly given the contrast between the small scale of these agricultural efforts and the immense scale of the industrial devastation.

A couple of the commentators in Requiem for Detroit? mention population declines in the city. I looked at historical census figures and found that among cities with peak populations of greater than 50,000 the largest population decline was not in Detroit but in Highland Park, Michigan, on Detroit’s northern border. That city peaked at 52,939 in 1930 and has been losing population ever since. The population of Highland Park in the 2010 census was 11,176, more than a 75% decline from its peak population, as mentioned by artist Lowell Boileau in Requiem for Detroit? Among large cities (peak populations of more than 500,000), five have declined to less than 50% of their peak populations–all five of which are Rust Belt cities. Detroit is on the list, of course, but it is second to St. Louis (the other three are Cleveland, Buffalo and Pittsburgh). St. Louis peaked at 856,796 and the population is now 319,294, a decline of 62.7%. Detroit peaked at 1,849,569 in 1950, but by 2010 the population had dropped by 61.4% to 713,777. The scale of the decline is greater in Detroit, however, and according to the Census Bureau’s most recent estimates (as of July 1, 2011) Detroit is continuing to lose population at a rate higher than any of the cities listed above.

But is the glass 61.4% empty or is it 38.6% full? A more hopeful response to Detroit’s woes is from techno artist Robert Hood. His 2012 album Motor: Nighttime World 3

Robert Hood, who was born and raised in Detroit, holds great hope for that city. In an interview with 5 Magazine, he asserts that the residents of Detroit “are resilient, resourceful people.” He concludes the album with a track called “Time to Rebuild.”

A similar viewpoint is expressed in the 2010 documentary Detroit Lives, which takes issue with the way Detroit is portrayed in Requiem for Detroit? The 30-minute documentary, hosted by Johnny Knoxville in a surprisingly stunt-free performance, focuses on the creative community in Detroit. Where others see abandonment and blight, artists and entrepreneurs in Detroit see opportunities to remake the city for the better. Featured prominently are Ko Melina and Zach Weedon of the garage rock band The Dirtbombs.

It’s fairly clear that large, wealthy nations are more likely to win medals in the Olympic games. So I got to wondering how countries would stack up if you rate them on medals won per capita and by GDP. First off, I think any sort of table like this should be based on a weighted tabulation (3 points for a gold medal, 2 points for a silver, and 1 point for a bronze). I’m not quite sure why this isn’t done, but it doesn’t change the table that much anyway, I guess. In a table showing weighted overall medal counts for the 2012 Olympics France would move up two places ahead of Japan and Australia. So the top 10 would be:

Table 1. Top Ten Weighted Medal Totals for Countries in the 2012 Olympics
If you divide the weighted medal total by the population, the table changes dramatically. Grenada won one gold medal, but with a population of roughly 100,000, its weighted medal total per 100 million population is 2857.1. Interesting to note that the top five countries by this measure (Grenada, Jamaica, Bahamas, New Zealand, and Trinidad & Tobago) are all members of the British Commonwealth. The United States ranks 46th on this scale.
Table 2. Top Ten Weighted Medal Totals for Countries in the 2012 Olympics by Population
Next I divided the weighted medal total by the GDP of each country (I used the figures from the CIA World Factbook because that ‘s the only one that took a stab at a GDP for North Korea). Grenada and Jamaica come out on top again. Just as in the previous table, where countries with small populations that manage to win even a small number of medals achieve high rankings, here countries with small economies score well. Grenada’s GDP is less than $1 billion, which is much smaller than the US with a GDP of over $15 trillion. By this measure that USA ranks 65th. China’s GDP is just over $7 trillion, which puts it at 53rd on this scale.
Table 3. Top Ten Weighted Medal Totals for Countries by GDP
So then I got to wondering about how the Soviet Union might have fared if it weren’t for that minor issue of its dissolution some 20 years ago. For years the Soviet Union was the world’s largest country in terms of land area and ranked third in population behind China and India. While Russia still has the largest land area of any country, many of the republics of the former Soviet Union have lost population since the dissolution, particularly the area in Europe. If the Soviet Union were still together its population would be just under 290 million, which means that at some point the United States surpassed the former Soviet Union in population. As of the most recent census in 2010, the population of the United States stood at 308 million. Even so, the countries of the former Soviet Union won a combined total of 163 medals (weighted total 300), as compared to 104 medals (weighted total 225) for the USA.
As long as we’re figuring medal totals of former empires, what about the British Empire? The UK made the most of its home field advantage and ended up with 65 medals, 29 of which were gold (weighted total 140), putting it in fourth place overall for the 2012 Olympics. Along with the rest of the countries of the British Commonwealth, the former British Empire won a combined total of 179 medals (weighted total 346), so Britain wins the empire medal derby. But those empires are long gone and the UK is now part of the European Union, which racked up an impressive total of medals. The combined total of medals won by EU member nations was 304 (weighted total 591). Nobody seemed to care about that, though.
So then I got to thinking about past alliances. If you add up the medals won by the Warsaw Pact nations and compare those to NATO (as they were comprised in 1990 just before the end of the Cold War), NATO comes out on top. The Warsaw Pact countries took a combined total of 215 medals (weighted total 400), but NATO tops that with a combined total of 354 medals (weighted total 711). And the Axis gets blown out by the Allies. While the Axis managed a respectable 201 medals (weighted total 390) the Allies won a whopping 722 medals (weighted total 1407).
So there you have it. The Allies won the 2012 Olympics.